Asset Purchase - A liquidating trust was established to manage and sell the assets of a large private lender and real estate investor.  GHP purchased several pools of illiquid assets consisting of loans and land contracts.  The performance level of the assets varied from non-performing to performing. GHP managed the title issues for the seller to accelerate the closings.  The collateral and properties that were sold were located in the southwest and Hawaii.

Loan Origination – A religious organization in the southeast received a large real estate donation but still needed cash to fund its operations while deciding the best way to monetize the donation.  The financial condition of the organization disqualified it from seeking traditional financing.  GHP was able to fund a loan request quickly while the organization marketed the collateral property.

Asset Purchase – An economic development entity was put into receivership, and the classified loans were put into a pool for sale to a third investor.  The loans were secured by a wide range of collateral and many were unsecured. GHP stepped in, quickly performed due diligence, and structured a joint purchase of the pool with a long time partner.  The structure, timing, and price met the necessary requirements for the court to approve the sale.

Asset Purchase – A bank had several land, acquisition, and development loans to a residential builder where the collateral was sold to homeowners but the sales proceeds were not paid to the lender.  GHP was able to ascertain the remaining collateral value, purchase the relationship while dealing with the issues related to the borrower’s fraud.

Asset Purchase – A regional bank had a C&I loan to a distributor of optical equipment that was operating under Chapter 11.  The manufacturer to the distributor had improperly seized the collateral belonging to the bank among other bad acts.  GHP completed its due diligence on the quality of the receivables and acquired the loan.  Subsequent to the loan acquisition GHP was able to help the borrower steer the company from Chapter 11 to Chapter 7 thereby insuring a quicker repayment while limiting the guarantor of future personal liabilities.

Origination – A real estate developer had a high end ocean front home in Florida subject to an existing first lien.  GHP quickly structured a second lien providing the borrower with interim liquidity while the home was put on the market.

Asset Purchase – A regional bank had a non-performing loan secured by a first lien on an underperforming, recently expanded self storage facility.  The facility was approximately 40% occupied at the time of the loan acquisition.  GHP completed the due diligence, acquired the loan, foreclosed the collateral property after a lengthy bankruptcy, brought in new management, made significant capital improvements, stabilized the property, and then sold property. 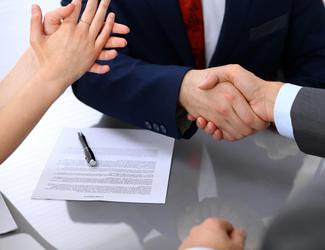